There's been some firework shows...

Four in total since the end of Oct. Nothing particularly exciting or remarkable about them; in fact the weather was generally rather kind - mild and actually sunny on a couple of days.
I was not looking forward to the last one though. It was a Christmas light switch on on a roof, and I had worked the same show the year before so I knew what to expect:
Having to get all of the pyro and kit into a tiny lift to get it up five floors.
Carrying and man-handling everything up a ladder into the roof space, past pipes and onto the actual roof.
The surface being very, very wet and covered in manky slime.
Exposed position (6 floors up) resulting in colder, windier and wetter (in my opinion) weather.
A really fun de-rig involving getting all of the kit (which is now wet and slimy) back off the roof (in the dark, of course), through the roof space, down the ladder, into the lift, etc...
Oddly enough, it wasn't half as bad as I was anticipating. This was due to:
Preparing for the wet, windy conditions and rigging in a more sheltered spot on the roof.
Ensuring we only took the kit we needed to the roof.
Finishing rigging in plenty time so that we could get hot food and plenty of hot drinks (I really enjoyed my hot chocolate!).
Fun and games waiting for firing time to arrive.
A super-efficient crew that made the derig very quick and remarkably pain free! 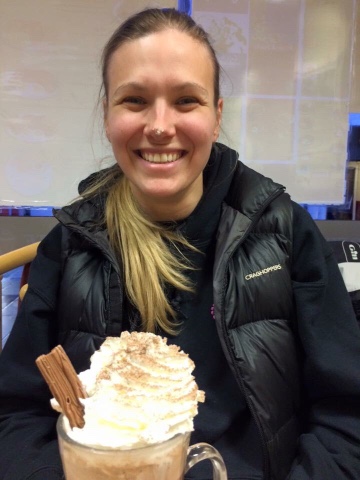 To be honest, days like that are much improved by having good friends to work alongside. And hot food!
Posted by RainStorm at 19:13 6 comments:

What a week! London Amateur Ballet has to be one of my favourite things ever.

I have just spent six days living the life of a ballerina. Arriving at the studio around 9:30am, warm-up class (Pilates or floor barre) from 10am and full ballet class at 11am. 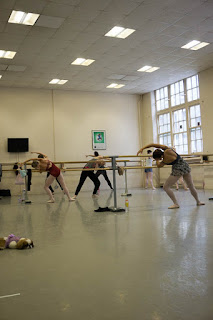 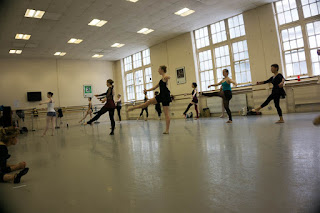 That in itself would be wonderful, but it was followed by three hours of learning and rehearsing choreography with fabulous teachers and amazing friends. The ballet of choice this time was La Bayadere. I haven't seen the ballet (apart from a few snippets on YouTube during the week), but certain sections of music and choreo will be stuck in my head for a very long time! 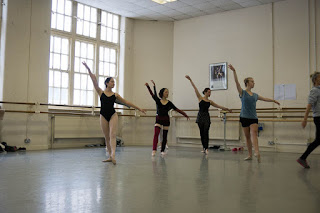 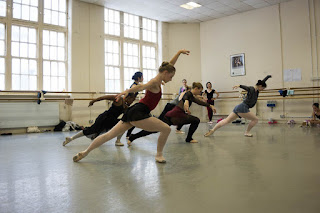 The other great thing about LAB is meeting other people who are as crazy as you. In the normal world it seems odd to say that you enjoy ballet dancing, but here I was surrounded by lovely people who feel the same. A huge mix of backgrounds, careers, etc but all with a common love of dance.

I did struggle a bit, even though I was three months post-surgery. It turns out that scar tissue isn't very stretchy so I pulled it a bit too much. The result was me taking a "rest day" where I did very little dancing. I also chose to learn one less piece of rep than everyone else. As a result I was still able to dance and enjoy myself and perform on the Saturday. 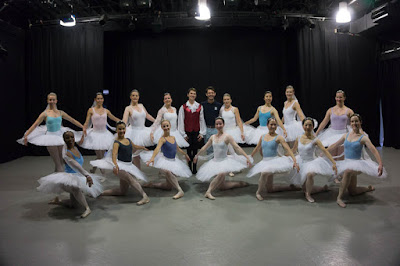 I am totally floating on a ballet high right now. I hope it doesn't wear off too quickly! 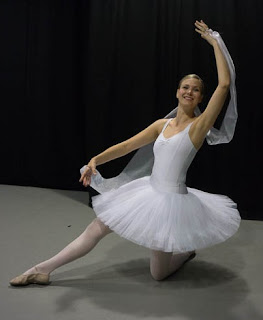 Five days in Dublin and the Wicklow mountains were lovely and refreshing...

"Breakfast" at the airport... 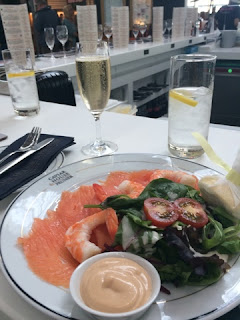 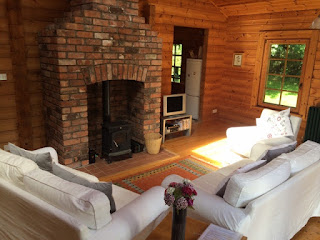 Strolling along the beach at Bray... 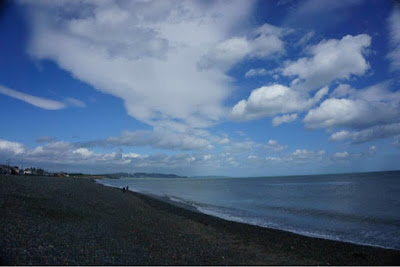 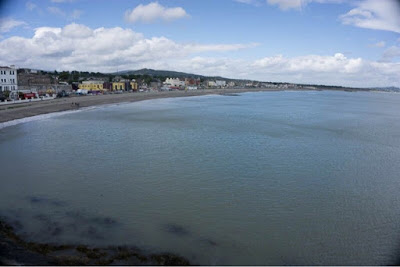 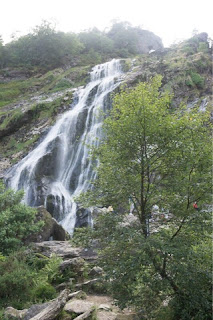 Climbing on the rocks... 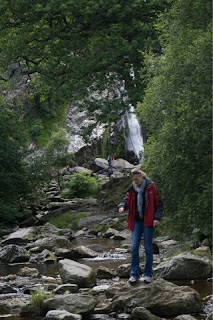 The boys had their motorbikes... 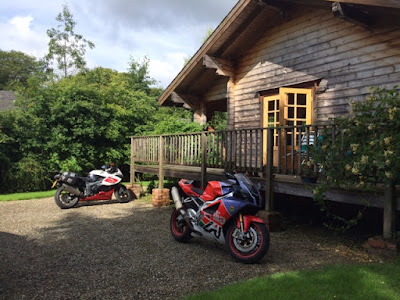 Add to that a sunny walk along the coast, a rainy day spent in a spa and lots of great food with good friends and you get a great little holiday!

I would thoroughly recommend Ireland as a holiday destination. The people were all very friendly and it is a beautiful place. I could have easily spent a week or two more exploring.
Posted by RainStorm at 11:11 2 comments:

Back in the pool

I'm a bit behind on blogging. There's been a holiday and a flying trip that I am yet to write about. But today is just a quick one...

It's been a while since my surgery now and so this morning I headed to the swimming pool for my first proper swim in two months. My general loss of fitness has been quite bad so I knew not to expect the 2km I was managing back in May! I went in with no expectations and did a respectable 700m. I mixed up the strokes, but was very pleased that my front crawl is still in fairly decent shape. Until I started my swimming training back in March I hadn't done much front crawl at all and now it is almost my default stroke. Success!

Here's some other stuff I've been up to recently: 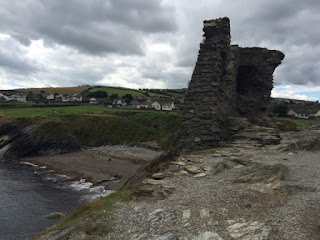 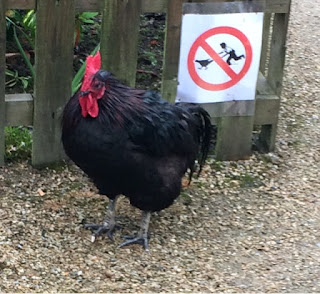 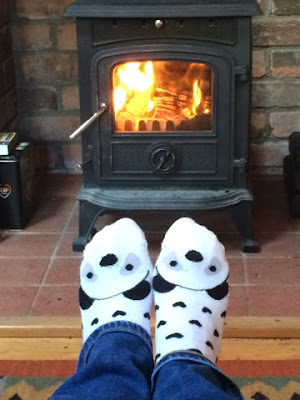 Two weeks ago I spent my Saturday in a sea of tutus, reliving my younger days as a member of the stage crew. Throughout my time at uni I worked panto season at a local theatre, as well as the occasional other show/event. It's where I met several of my closest friends.

This time it was the end of year production for London Amateur Ballet. A was the official photographer for the day and I had tagged along as assistant photographer (not that he needed one!). It started with company class at The Place studios, after which we all decamped to The Bloomsbury Theatre for technical rehearsals and then the two shows.

It was strange donning stage blacks and hanging out in the corridors and wings of a theatre - after four years of panto season (plus the odd other show), I left that part of me behind over 10 years ago.

I basically had no proper jobs to do. I tried to take some photos, but it was tricky with the low levels of light that you get in the wings. However, I did find a variety of ways of being useful and staying busy:
- "tagging" the tutus to keep the layers together
- dressing chairs with fabric (it was actually skirts!)
- running to find the principles when they were due onstage
- getting water for the dancers
- dresser for a quick change
And many more little jobs to help out.

I'm pleased to say that both shows went very smoothly and A took some fantastic photos. Watching all the ballerinas really made me want to get dancing again. I reckon I should be fit enough for class in a week or two. I hope so!
Posted by RainStorm at 13:46 2 comments:

A time for quiet

I'm taking life a bit gently at the moment - my path to full recovery isn't as linear as I expected! However, I'm still managing to have fun and happiness in less adventurous ways...

I made a chicken and leek pie (cheated with ready-to-roll pastry, but the filling was from scratch!): 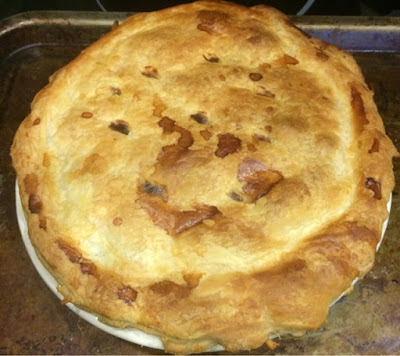 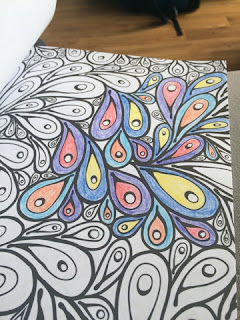 At the weekend we had a lovely evening with friends. (No pictures - too busy chatting and nibbling food!)

Early bedtimes, lay-ins where possible and occasional naps. I can do slow and quiet :)
Posted by RainStorm at 21:48 2 comments:

Alternative title: Another ode to my Fitbit.
15 days ago I had minor surgery. It wasn't particularly exciting to be honest. I was apprehensive (my first general anaesthetic), but it went very smoothly and I was home the same day.
My Fitbit One has automatically charted my recovery, which I think is really cool.
I wasn't quite so excited when on the first day I shuffled out of the house for a very slow walk (about 200m!), only to discover that the Fitbit didn't count my robotic limping as walking! I ended that day with 23 official steps.
I quickly realised that this was actually a good thing - the aim was to walk normally, and that's what my Fitbit measures. If I got tired or sore and slowed to a moonwalking shuffle, then it didn't count my steps because they weren't really steps.
This is what recovery looks like: 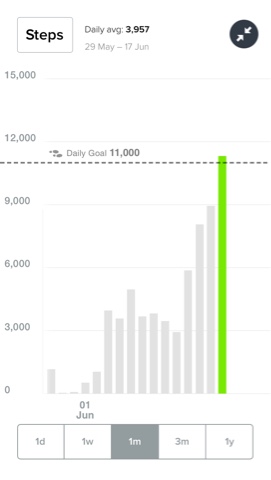 The first day you can see was the day of the op. Then I had a few days of barely anything, until the 3000 step mark. This was followed by quite a few days of three to four thousand steps, where I was able to get out of the house for a short trip. The first of those expeditions completely wiped me out - I had a 2 hr nap that afternoon!
Two weeks later and I'm pleased to be back at my target of 11,000. And perfect timing as I'm due back at work on Monday! :)
Posted by RainStorm at 22:29 3 comments: