A bit of grit

I am not one of those determined, motivated, fit and healthy people that seem to be everywhere. And I rarely push myself to work really hard. In fact, I would describe myself as pretty rubbish at self-motivation. Quite often, I would rather be sat on the sofa than out being active and pushing myself.

However, somehow (and almost without me noticing) I seem to have developed a little bit of grit. That part of me that got round an entire marathon even though I hadn't trained enough, had been passed by the hurry up van (and half the entrants to the half-marathon) and eventually crawlled in as the last official finisher. It doesn't surface very often, but it is there.

I think it all started with karate...


What I like about karate is learning to do particular movements, control your body, etc. What I end up doing in karate is standing in front of a person, staring into their eyes and thinking: "I've got to move fast enough, or I'm going to get punched!" It's an odd thought for a rather non-violent and definitely non-confrontational person, and a rather frightening one sometimes :)


Unintentionally, karate has given me something that I didn't use to have and for that I am very grateful. Hopefully my little bit of grit and determination will keep me running and keep me pushing myself further and faster... 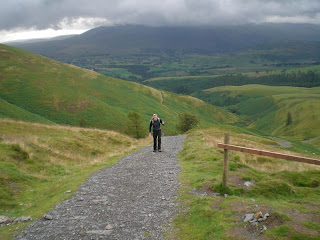 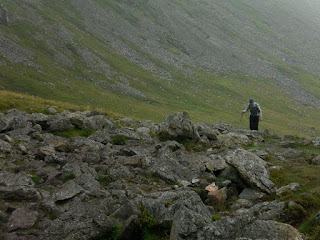 A hundred posts and counting

In 14 months I've written 100 posts. That's a lot. Or at least it seems a lot to someone who previously hadn't considered writing any type of blog or even a personal diary.

And to celebrate, here are a few of my favourite blog posts:

Erm... marathon talk - my honest (if slightly depressing) account of running the Amsterdam Marathon. One of the first challenges that I have ever set myself and, if nothing else, I proved to myself that I do have some grit and determination.

Big bangs and bright lights - how I got into working on firework displays. A bit of an insight into part of my life.

Fishing in the Atlantic Ocean - an adventure different to anything I've done before. Not the most strenuous activity (barring in mind that I got to sunbathe on the boat), but pretty cool.

Got a kit box of my very own - it strikes me as a little silly to have written a whole post about buying a tool box for firework shows. But I have, and I'm rather attached to it (the box and the post!).

For me, a good blog post is one that's honest, light-hearted and includes a couple of photos.

Not a great start

I signed up to the Holiday Bootie Buster Challenge organised by Amanda at RunToTheFinish blog: 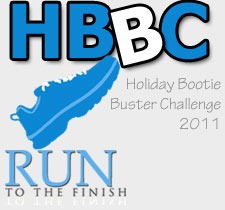 The basic gist is that you earn points for exercise, along with bonus points for eating healthily, and as a result hopefully survive the holiday season in a fit and healthy state. Sound like a good idea?! I thought so.

So, the challenge started on Saturday, where I visited a friend in the afternoon and had a lazy afternoon. Then there was Sunday, which we mostly spent running errands and trying to sort out the clutter in our not-exactly-tidy house. So two days in and I've not earned any points at all! Rubbish.

The plan is to continue in the same pattern that I've been in for the last few weeks:
Tuesday - run
Thursday - karate
weekend - one of the following: parkrun, rollerskating in London, hiking or something else active!

So I plan to start accruing points soon!
Posted by RainStorm at 18:50 5 comments:

A girlie night out :)

There was also dinner, posh cocktails and lots of chatting. A rare night on the town!
Posted by RainStorm at 18:11 6 comments: 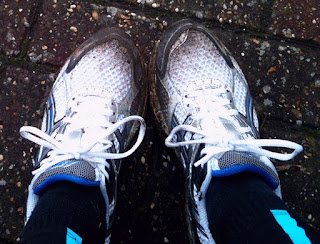 I was lucky enough to get to stand back and watch one of the two shows I worked on last weekend. I still thoroughly enjoy watching fireworks shows, especially those that I've been involved in setting up.

Got a kit box of my very own

I'm branching out - working on firework shows without A by my side. Which means we need to separate the kit out. Exciting stuff.

I went out a couple of weeks ago to buy my very own firework kit box. After a trawl of a couple of DIY stores, I was still empty handed  :(   I was struggling to find the right shape and size of tool box, and the few I did find were too flimsy for sitting on (a very useful part of having a box with you on shows).

Eventually, I arrived at Homebase. Here I found a really good selection and tried out sitting on them in the store to check they were sturdy enough (I'm not weird - honest): 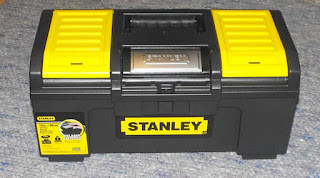