A couple of weeks ago, we finally headed to the Tower of London to see the poppies. It was already 15th Nov so the volunteers had started to remove them, but mostof the 888,246 were still on display.

It was as beautiful as I knew it would be. 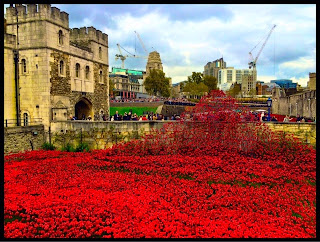 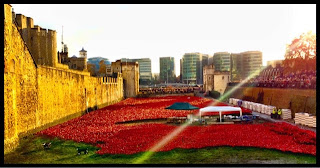 I loved this little article on Cosmo Body yesterday: Three things that healthy people do every day.

The three things were [Spoiler Alert]: laugh, hang out with friends and treat yourself. All things that I've been enjoying recently.

Laughter
I read recently that people who laugh more sleep better, so I've genuinely been seeking out comedy programs on iplayer and podcasts to listen to in the evenings. Can't say if it's working but it definitely helps me switch my brain off from other stresses.

Hang out with friends
I so need to do this more. This weekend we had friends visit and it was sooooooooo nice. I love chatting and hearing about other people's lives. Note to self: make more plans with friends! 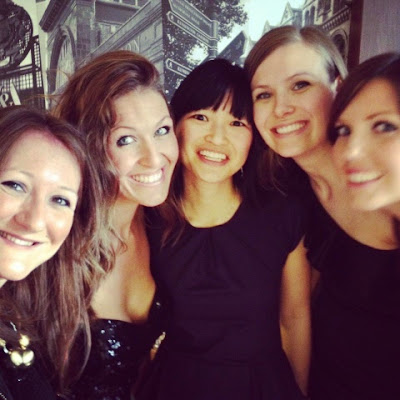 In looking for photos to go with this post, I struggled to find many recent pics of me relaxing with mates. Note to self: really, really make more plans with friends! 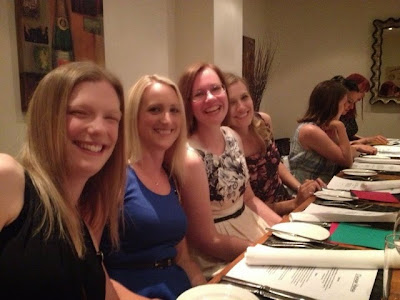 Treat yourself
I might be a bit too good at this one. At the moment I'm trying to remember to balance out treating with moderation. Last week I went to the whole foods supermarket which was wonderful fun (and I did buy some healthy fruit and veg!), and this weekend has been very indulgent. Will have to have a very sensible week of eating healthily and budgeting more carefully!

Which one are you good at?
Posted by RainStorm at 19:51 No comments:

As I left the house at stupid-o'clock last week, I made the random decision to tweet my whole day. This is what it's like to work on a firework show - oh, the glamour!

6am Up and out of the house wearing thermals + carrying many layers of clothing. It's going to be a cold, wet day. #fireworks #dayinthelife


7am Meet at the yard, load personal kit onto vans, say hi to firers heading out on different shows #fireworks #dayinthelife


#photo I forgot to include in the last tweet #fireworks #dayinthelife 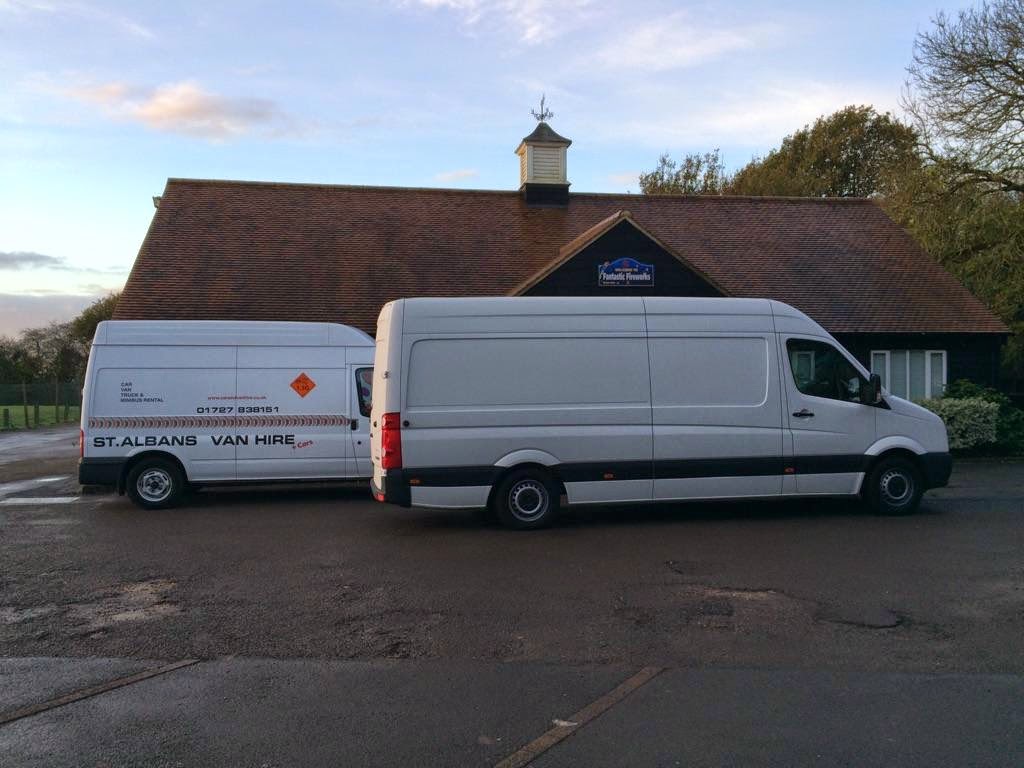 8am Pause at services for breakfast. Weather starting to turn... #fireworks #dayinthelife 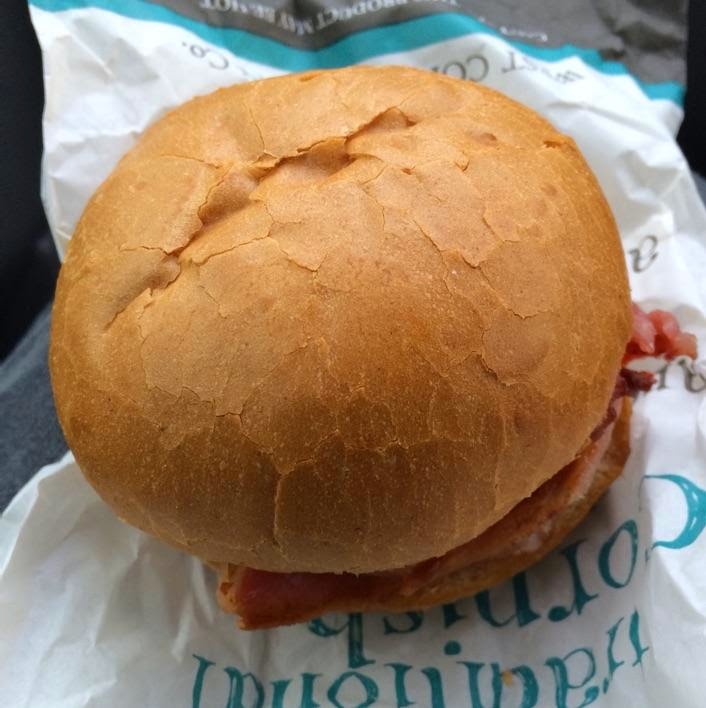 9am 20 mins from site and the heavens have opened. It's going to be a cold, wet rig #fireworks #dayinthelife 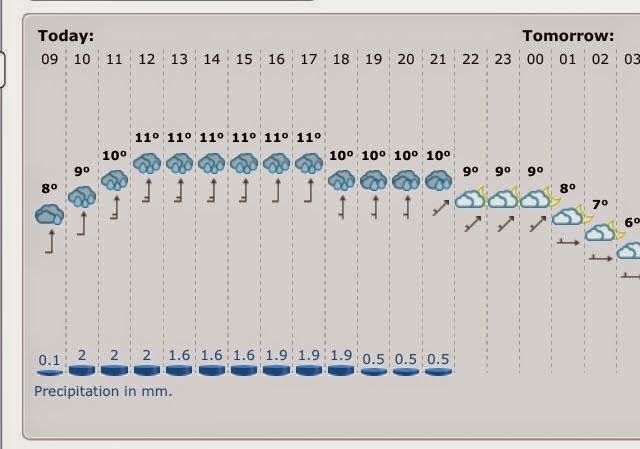 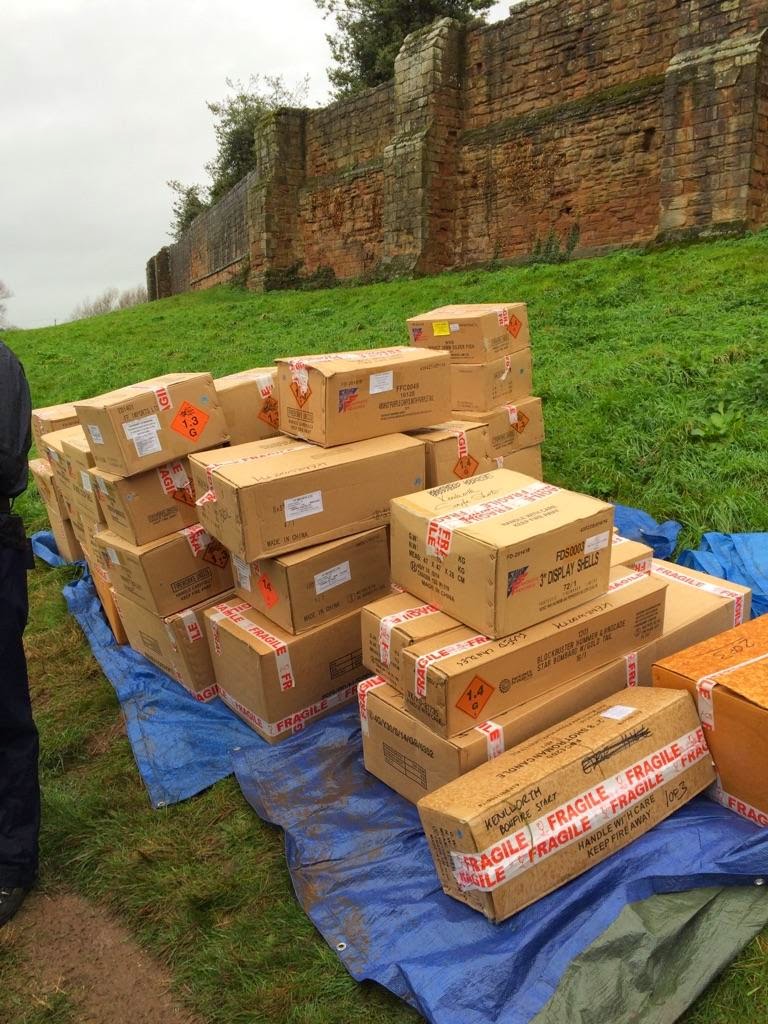 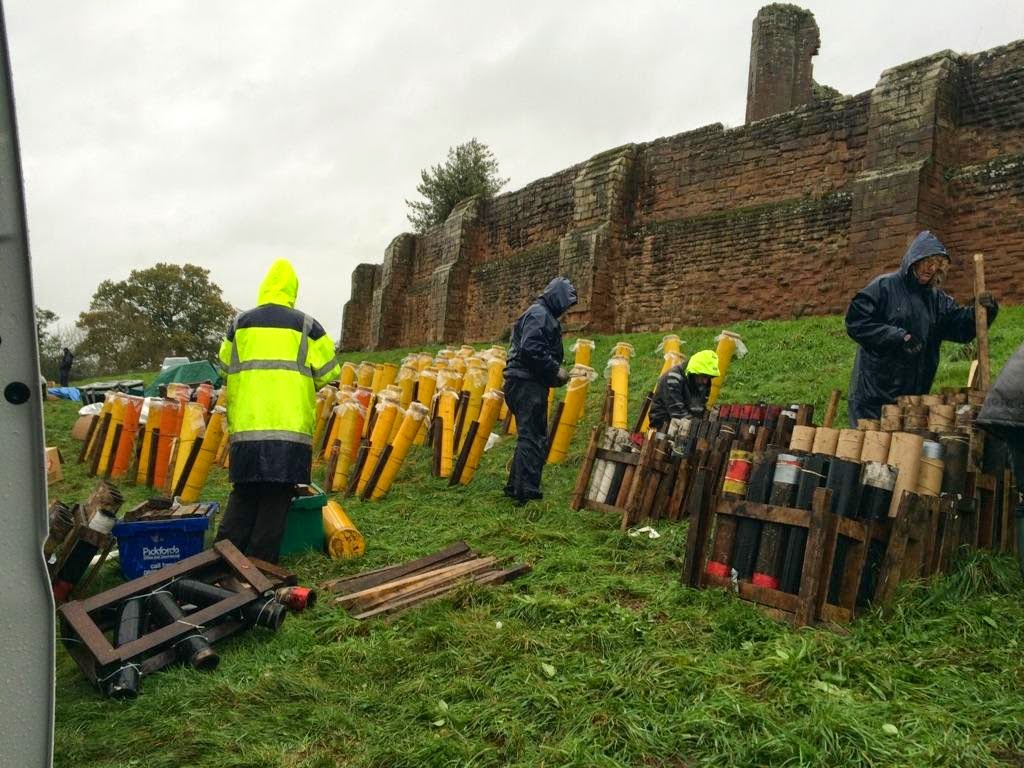 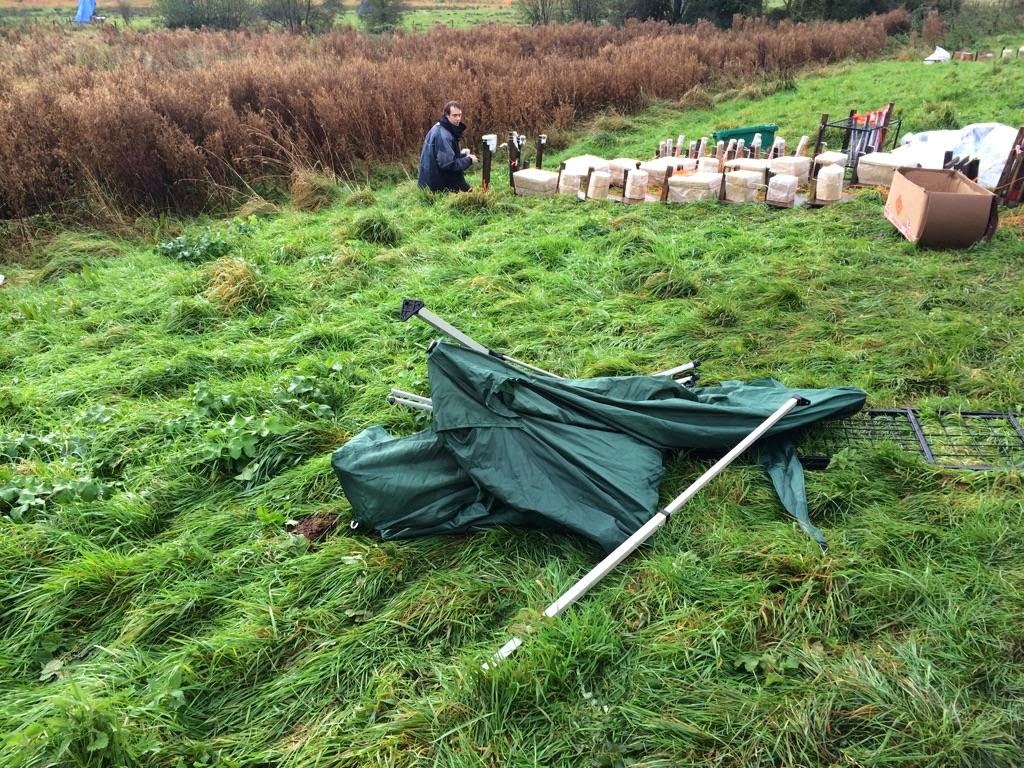 2:30pm Wired in most of the fireworks. Rain seems to have paused #fireworks #dayinthelife 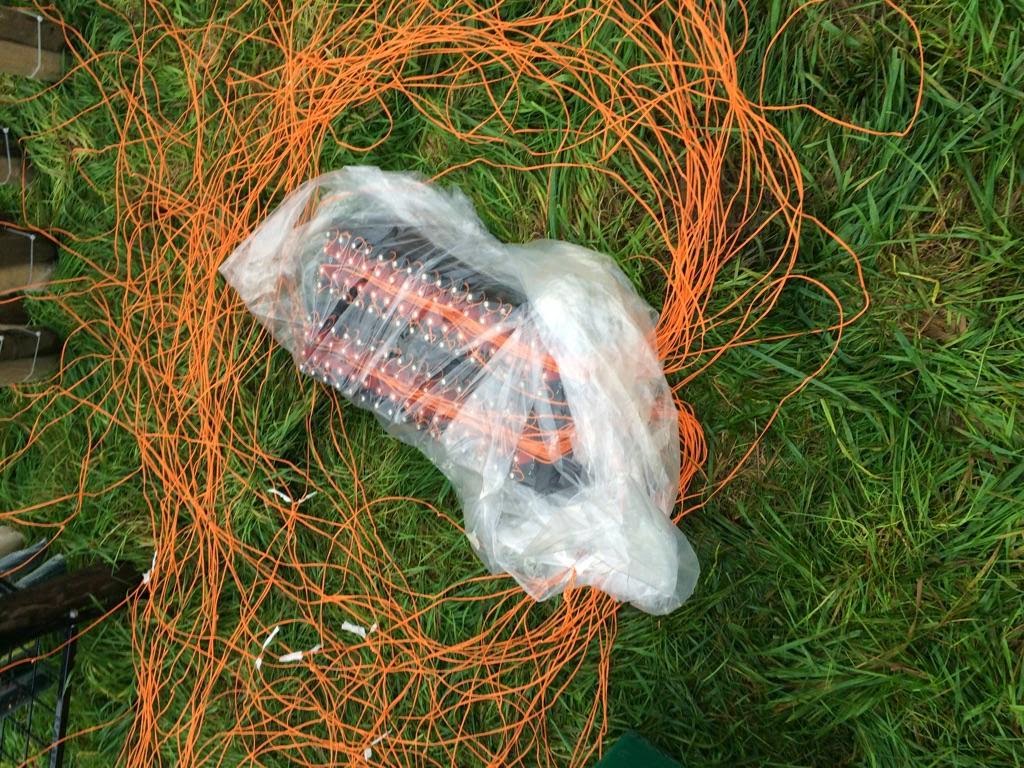 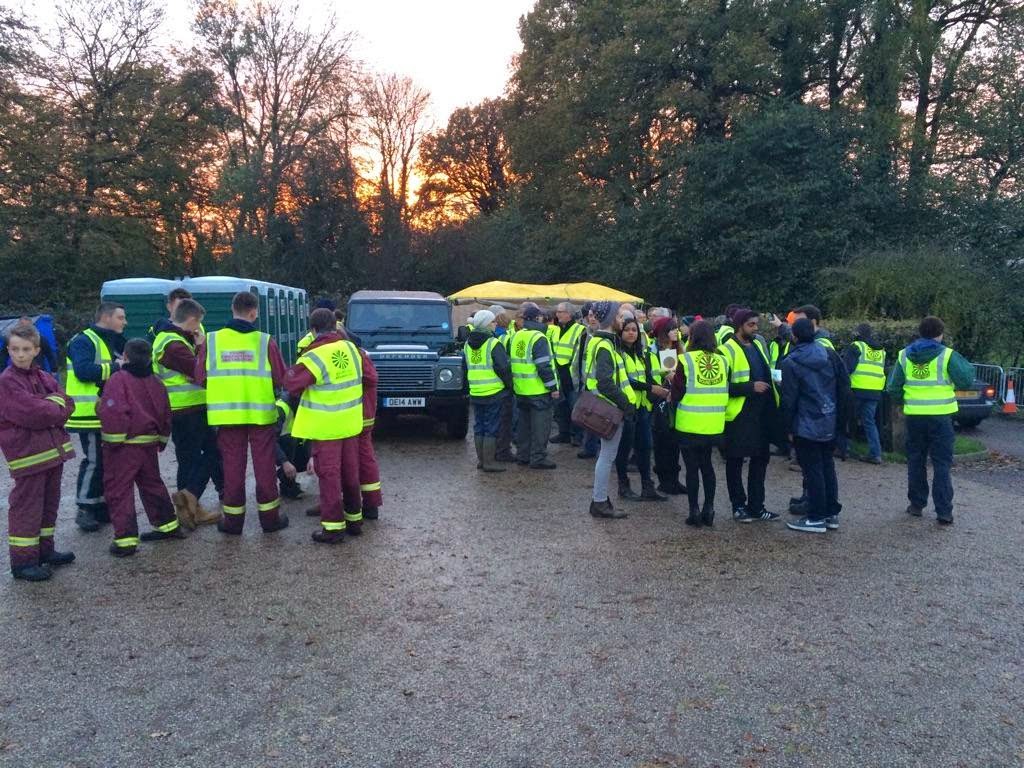 5:45pm We have pushed three vans back along the muddy track. Now time to suit up (PPE) and wait... #fireworks #dayinthelife

7pm Usher people out of the fall out zone and prepare for fiting. Sustem armed. Crowd count down... #fireworks #dayinthelife

7:15pm Someone (not me) pressed go and the show fired. 7:45pm wait for 15mins cool down and safety check #fireworks #dayinthelife

10pm A long derig, including a defender row for one of the vans and lots of pushing. Finally leaving site #fireworks #dayinthelife

10:30 The lovely people @KRTFireworks treat us to pizza and a drink #fireworks #dayinthelife

11:15pm On the road. Just need to drive the van back to the yard, then pick up the car and drive home! #fireworks #dayinthelife

Midnight Very brief stop in motorway services to switch driver (we are a bit tired!) 12:30 Back at yard #fireworks #dayinthelife

1:40am Home at last. Unpack car and stumble bed-wards, via a quick cup of tea. Going to ache tomorrow! #fireworks #dayinthelife

Last tweet before I finally succumb to sleep. @FitbitUK + #fantasticfireworks (@KRTFireworks) = a LOT of exercise... 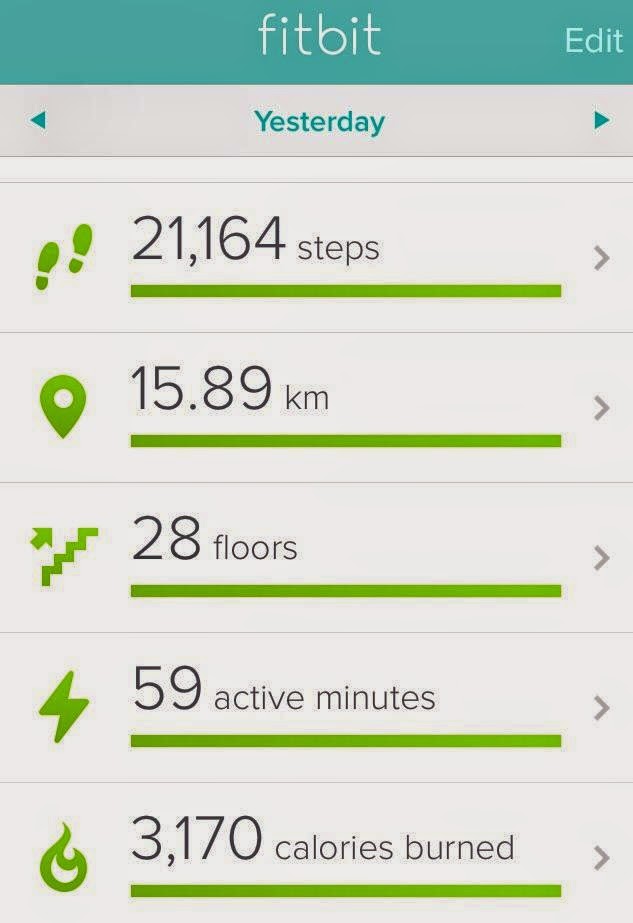 And to round the post off, here's a great photo of the show taken by Alan Ranger:

If you follow my Twitter feed then you might be a little tired of hearing about The Imitation Game. Take heart - the film has now been released (in the UK at least, I think the US has to wait another week or so), meaning that I may soon stop going on about it!

The whole thing has been really exciting in two ways: personally and in publicising Alan Turing's name and accomplishments.

Personally, I have walked down the red carpet and met a huge range of celebrities and interesting people. Last week I got to go to Google UK headquarters for a screening, where I met Sir John Scarlett (ex head of MI6) and had a tour of their offices. They really do have sleep pods, a gym and a completely free restaurant/cafeteria!


But what is truly amazing is the effect that the film is having. My Twitter and Facebook feeds are filling up with positive reviews. It seems to be winning awards left, right and centre. My uncle even had a double page spread in The Times on Thursday (and a mention on the front page)! 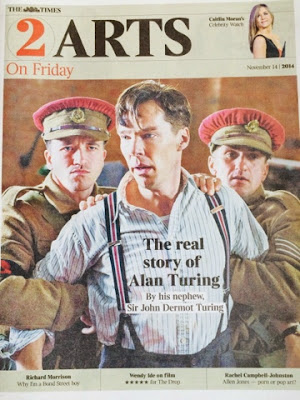 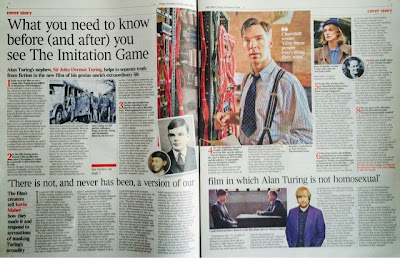 Every time someone sees the film, they will realise what a special person Alan Turing was. At the rate we're going, it will touch millions of people, many of whom will never have heard his name before. I continue  to be overwhelmed with pride and excitement on a daily basis. 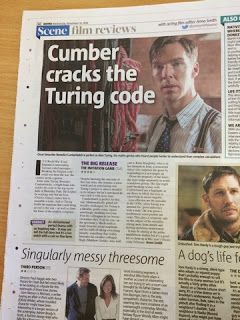 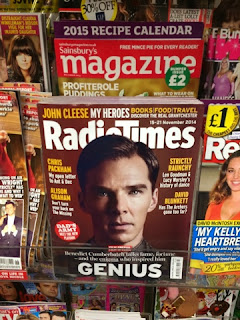 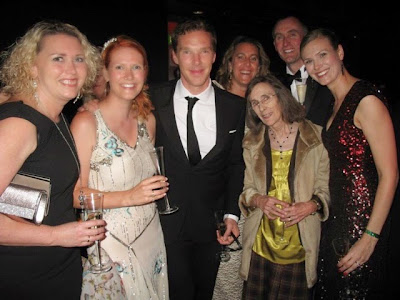 Posted by RainStorm at 21:03 No comments: