After a fairly normal week trying to get into my new routine (Tuesday: ballet, Wednesday: running with Dave or swimming with Helen, Thursday: karate), I had an interesting weekend... 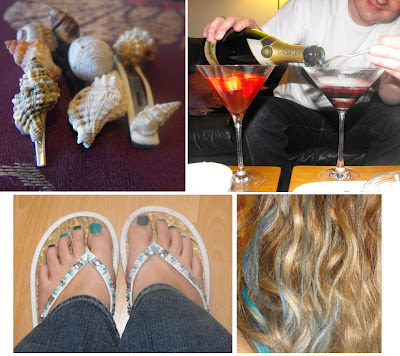 Will write a full update when I've had a bit more sleep :)
Posted by RainStorm at 12:59 1 comment:

Email ThisBlogThis!Share to TwitterShare to FacebookShare to Pinterest
Labels: excitement

There's been so much going on recently that even when I have had down time, I haven't really been able to organise my thoughts. This evening, I'm not even going to try!

I enjoyed watching coverage of the London Marathon this morning. I was pretty much glued to the TV for the first half of the women's race. I don't know if it's because her husband is one of the presenters of the Marathon Talk podcast, but I found myself invested in Liz Yelling's performance and felt really bad when it became obvious that she wasn't going to be fastest Brit and nab the last Olympic marathon spot. I was also more addicted than normal to my twitter feed to get regular updates from other people in the race/spectating. Maybe I should have gone to spectate myself...

I have too many things that I want to be doing at the moment! I definitely want to continue the ballet, which follows school term times. I also want to be karate training regularly (which I'm currently quite erratic at) and I need to be running a bit too. Oh, and there's swimming with a friend which I like to fit in at least once a fortnight and haven't managed for "a while". It's like a puzzle with too many pieces!

Which brings me on to the fact that my legs have given up on me! It took five days for my calves to completely recover from the ballet lesson. And then yesterday I went out to do a light spot of running and was absolutely exhausted! I think my new running style makes me travel faster and therefore leaves me breathless (at least whilst it's still new and unusual). And now my quads hurt, which I think is from the exercises my coach gave me to strengthen my glutes and hamstrings. Ooops.

That's enough rambling for one day. Hopefully my brain will settle a bit now!
Posted by RainStorm at 22:18 3 comments:

I love quick, super-easy recipes, and this one from the BBC website definitely falls into that category! The basic gist is put all the ingredients into a bowl and mix together. There's a spot of baking, then pour lemon juice and sugar mixture over the top. Yummy :) 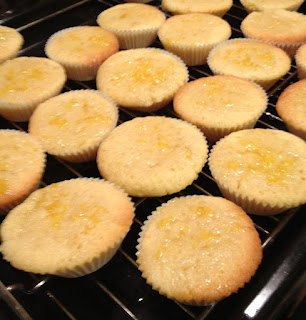 Twinkle toes?! Not quite!

Ever since I left school, I've been saying that I miss ballet classes, so after a 12 year gap I've finally got myself organised and trundled along to a class.

Organising myself was a nightmare - I had to get to a dance shop and buy some ballet shoes for a start. At least the woman in the shop was helpful; she even helped me sort out what to wear, which was my second problem...

Running about and running well

The problem with being busy is that you run out of time to blog about everything you've been doing! I'm miles behind, especially as I've done two new and exciting things that I'm dying to write about...

Ever since the pandas arrived at Edinburgh Zoo in December, I've been half-heartedly dreaming about a trip to see them. Pandas have been my favourite animals since I was a little girl - one year my mother made me a panda t-shirt for my birthday because she couldn't find one in the shops. Another year, my most prized present was a panda book. You could say I'm a bit obsessed.

Monday morning involved an early start to check-in for our flight. It also accidentally involved three breakfasts! By 11.30am, we were checking into the glorious (and highly-patterned) Hotel Missoni. You have to check out their photo gallery - the place is amazing!

On my actual birthday, between the West Midlands (for the wedding) and Scotland (for my main birthday treat), I was treated to a trip to the theatre.

I love theatre - I met A whilst working backstage during panto season and really enjoy getting involved in productions when the chance arises (normally operating the sound desk at church, which isn't quite the same, but never mind). I think I mostly get my techy fill by the odd firework display.

I have had a fabulous week - starting with my best friend's wedding and ending with a couple of days in Edinburgh (which is an amazing city). Am feeling thoroughly spoilt and not at all ready to return to the real world. Alas, I must as I am not a millionaire (or anything remotely approaching it!). Need to get back into the groove of everyday life. :(

But I've got a couple more hours in Edinburgh before flying home so will make the most of it... 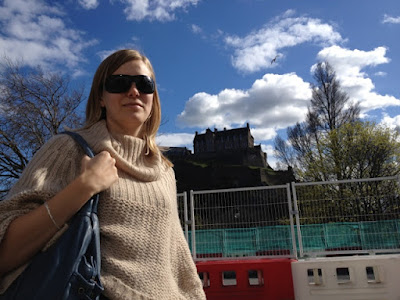 Today I hit one. Not sure I'm ready to be all grown-up... 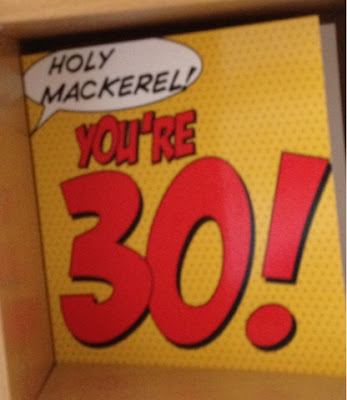 My wrists are sporting some new bling :) 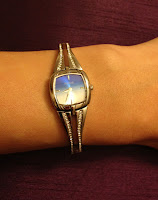 I've needed a new watch for a while now. About 10 shops later (without trying on a single one), I spotted this one. Suddenly everything fell into place and I knew it was mine :) 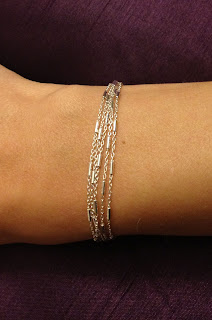 A wonderful present - so perfect (exactly what I would have chosen for myself) and a lovely surprise.

Are you sporting any new purchases? Or something a bit shiny?

Almost a year ago, I was gifted a relaxation experience at the Nirvana Spa. And I didn't get round to booking it because I'm a bit rubbish about things like that.

As the half-marathon loomed, I had a stroke of genius... Guess what I organised for the day after the event?! An evening of relaxation, including their unique floatation experience and a massage. It was glorious.

Amusingly, when I first climbed into one of the pools (in this case, the Spa Pool) my legs barely worked to swim between the different hydrotherapy jets! My thighs were very unhappy with me and getting around the pool was a bit of a struggle in itself. Gradually, my muscles started to relax a bit and I explored some of the other areas: the Tepidarium (with heated ceramic loungers), the Steam Rooms and the Roman Pool.

The strategy paid off - I set off slow, let people overtake me, kept going slowly and, well, just kept going! 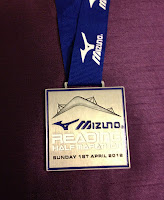